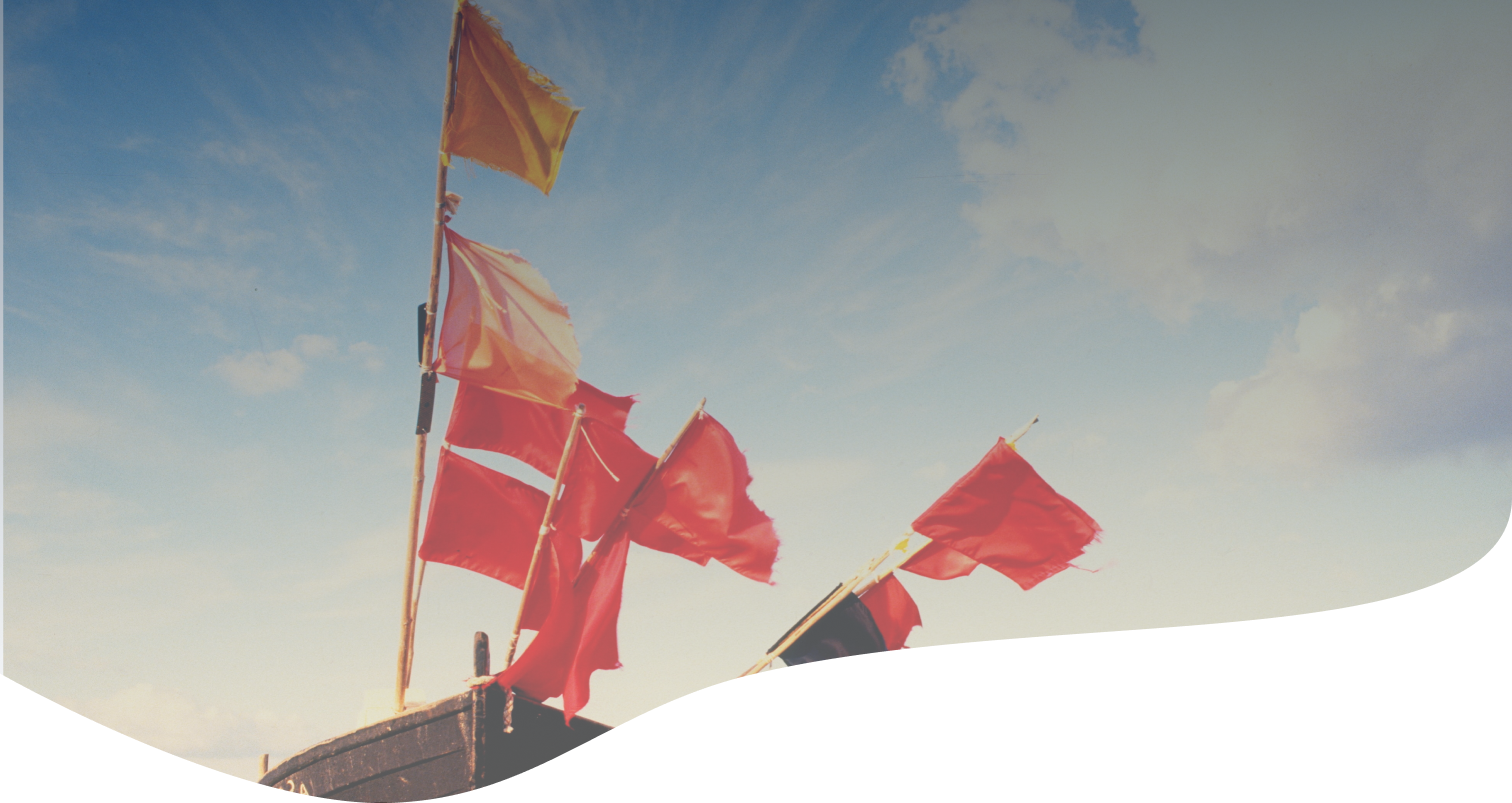 Look out for those red flags at your next job interview 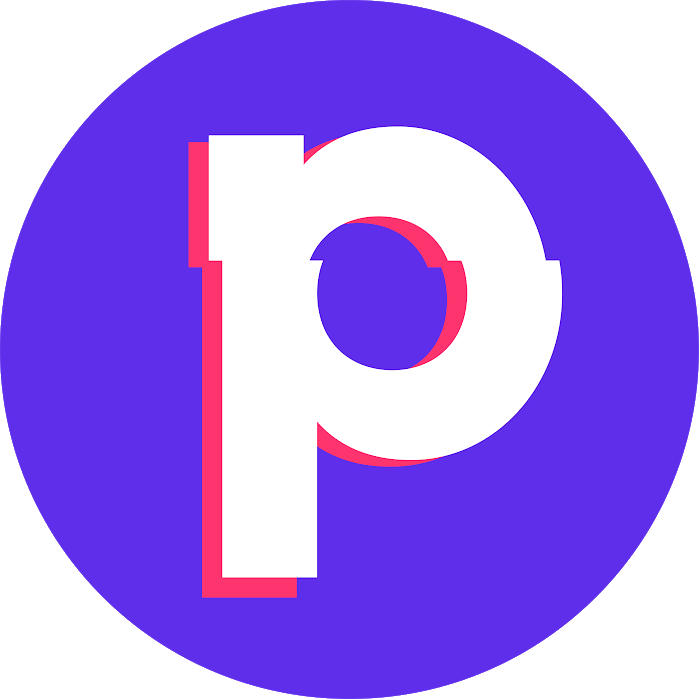 This article refers to expert content developed for Prepera. To learn more, explore the platform!

Red flags pop up both during a date and in a job interview. Engineering recruiter Kelly Vontrat gives you tips on how to spot them and avoid them. 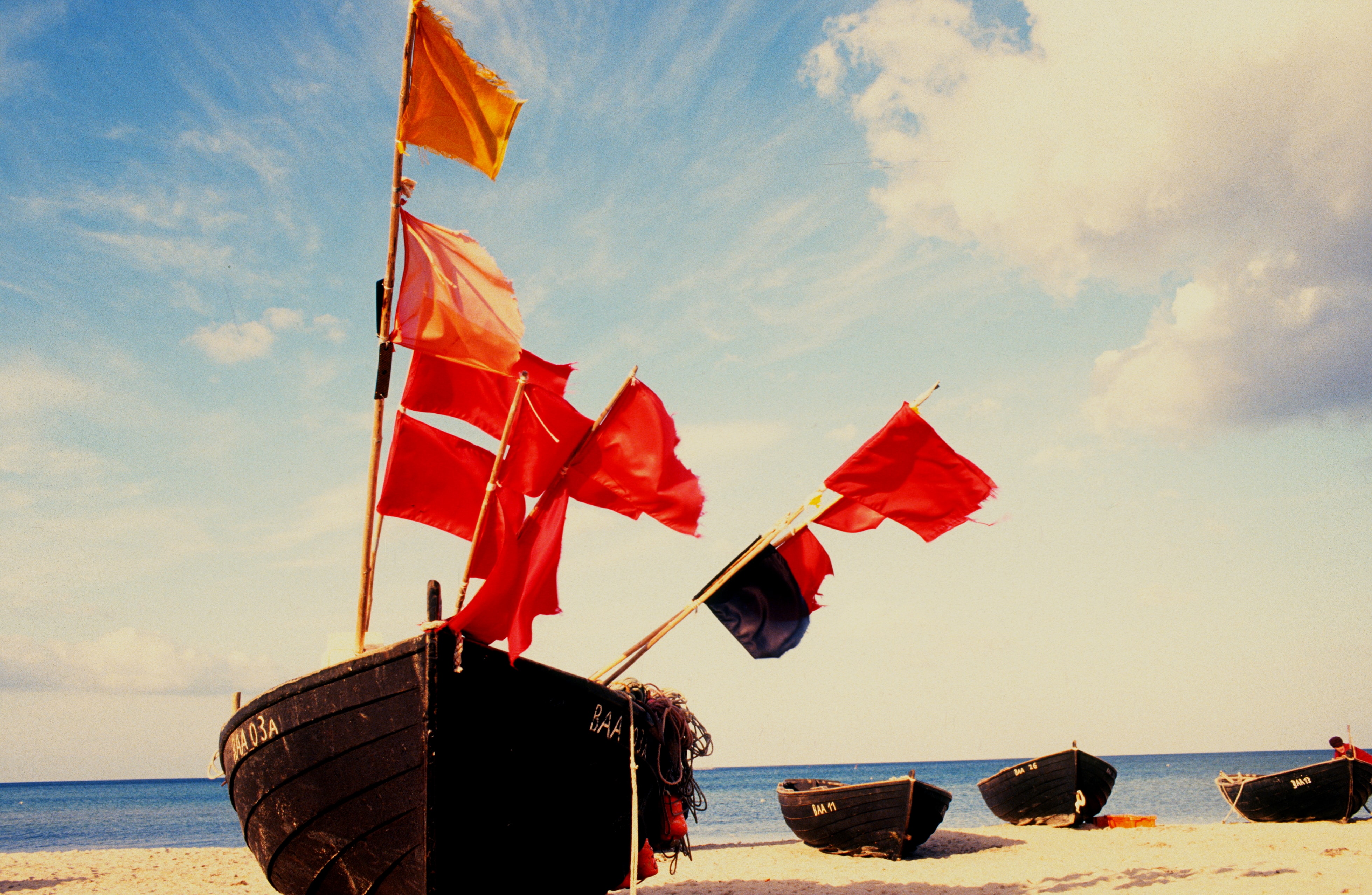 You've probably heard it before: "a job interview is like a date." It's all about getting to know the person you're meeting to see if you're a good fit and end up with a serious relationship / job signing. And like any date, you start to see red flags going up around the recruiter as the interview progresses.

A red flag symbolizes imminent danger. It is a red flag that is waved to draw attention to a particular problem or to signify the urgency of getting away from it. In the relationship and more specifically in a job interview, these red flags are decisive to make an opinion of the company you are applying for and to choose whether or not you want to collaborate with them.

The red flags are usually there, you just have to keep your eyes open wider than your heart - April Mae Monterrosa, author and editor-in-chief of Live From The Southside Magazine

Clues you don't want to miss

1# 🚩 He arrives late without apologizing.

Arriving late happens to everyone. Not apologizing, on the other hand, is a no-no. Your time is as valuable as the recruiter's, both you and them should apologize for this inconvenience and explain the reasons. This is the least you can do when you respect the person.

An interview has to be prepared and in both directions! Your interviewer should not be reminded who he has an appointment with, and even less by you. In addition to being a lack of organization, it is also a lack of consideration for the candidate who has cleared his schedule on purpose. This is also the case if they read your CV again during the interview

3# 🚩 They avoid answering your questions

If they answer to the side or not at all by changing the subject, it is not a good sign. You are entitled to ask all the questions that come to your mind about the company and the position you could join. You automatically wonder what the recruiter might have to hide. Transparency and honesty are essential.

4# 🚩 The recruiting process requires too much of you

Taking a skills test is rudimentary. Nothing to worry about. On the other hand, if it requires you to prepare for too long (we're talking days and weeks) and if it's a small structure, then it's best to ask yourself some questions.

You get a positive response only hours after your last interview. Beware: this means that the company urgently needs someone to fill a position or replace an untimely departure. Don't hesitate to ask questions about this before giving them an answer.

6# 🚩 They don't ask you many questions

A recruiter who doesn't ask questions is a recruiter who isn't curious and doesn't show interest in the candidate's profile. We even find this behavior strange, because the whole point of recruiting is to get to know the person in front of you. Similarly, a recruiter who only talks about himself or the company is like a recruiter who does not ask enough questions. Kelly Vontrat adds, "They'll probably keep going if you get hired, it smacks of a self-centered person..."

You want to know more about the benefits of working in the company, but a foosball table or the coffee machine are not among them. If they tell you that, it means that there are few, if any, benefits. The benefits are: luncheon vouchers, a company car, a flexible work environment, grants, discounts...

8# 🚩 There is a lot of negative turnover without explanation

Often, this is a sign that a company is unable to retain and keep its employees. Why do they leave? There are several reasons: bad or toxic working conditions, bad management, burn-out...

Once again, the lack of transparency is worrying. Especially since, as a candidate, you can know what salary you can get from the existing pay scales for each job. "Generally, the salaries are not very high," notes Kelly Vontrat.

10# 🚩 THey openly criticize their team.

If they don't use a joking and comradely tone, watch out. If they take the liberty of saying what they think of their colleagues to you, nothing will stop them from doing the same behind the new recruit's back.

11# 🚩 Opinions about the company are not good

Yes, this seems obvious, and yet many candidates skim over the reviews posted on Indeed or Glassdoor because they have to give the company a chance and ignore the haters. Firstly, try to find out who the reviews are from: customers or former employees? Then, try to get in touch with them via LinkedIn to ask them about the general atmosphere and what they didn't like about the company. Then you can make your own opinion, but after the interview.

Lack of respect, lack of consideration, lack of organization, lack of honesty... All these signs are important to detect during the interview. But be careful not to let your subjectivity blind you. You need to learn how to avoid the cognitive biases that can influence your judgment.

To do this, it is essential that you ask the recruiter the right questions. Kelly Vontrat advises the following:

As you will have understood, red flags are decisive indicators for choosing the company that best suits you during a job interview. However, be careful not to rely solely on the "feeling", i.e. whether or not you and the recruiter have a good rapport. Asking questions and questioning your judgment are essential. So keep your mind and eyes open!

You are having doubts about your career, you don't feel aligned with your company's mission and values, or you can't realize your potential in your current job?
👇 We offer you a week to discover Prepera and help you land your dream job 👇

In a recruitment situation, what we call "judgmental biases" are particularly active. We will help you better understand the psychological mechanisms at play during an interview.

Posting on LinkedIn: a must to find your next job?

Samuel Fidaly, Strategic Senior Consultant at LinkedIn, and Louis Deslus, Head of Growth NeoStaff and Founder of Getjob, give you tips to optimize your visibility on LinkedIn